You are here: Home / Crime / Courts / Few details released in deaths of mother and son in Glidden 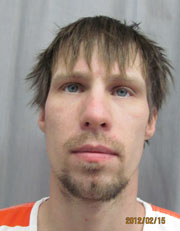 State investigators say they’re treating the deaths of two people in western Iowa as a double homicide. The victims, a 48-year-old woman and her 30-year-old son, were found dead inside a mobile home in Glidden just before 10 p.m. Sunday.

Iowa DCI special agent Chad Fieldler, speaking at a news conference today at the Carroll County Courthouse, said no one has been arrested. He refused to discuss a possible motive in the case. “We’re not going to get into any further detail about any possible relationships or suspects…we don’t feel the public is in danger,” Fieldler said. “We feel like it’s an isolated incident.”

The victims are identified as Tammie Devore and her son, Karl Devore. Fieldler would not say how the two were murdered. Back in 1991, Tammie Devore was living in an apartment in Council Bluffs that caught fire and killed her three other sons, a one-month-old, a 4-year-old, and a 2-year old. Investigators said one of the children was playing with a lighter that ignited a Christmas tree. 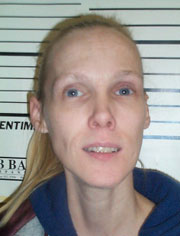 Devore had a history of drug problems and run-ins with law enforcement. Carroll County Sheriff Doug Bass said Devore had dozens of cats in her mobile home and animal rescue workers occasionally visited the home and took some of the animals.