You are here: Home / News / Sam Clovis may be Iowa GOP’s nominee for state treasurer 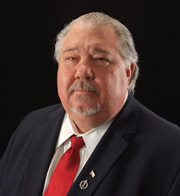 The second-place finisher in the June 3 primary race for the Iowa GOP’s U.S. Senate nomination is stepping forward to seek the Republican Party’s nomination for the job of state treasurer. Sam Clovis says it all began a few days ago when a supporter posted a comment online, suggesting Clovis would be a good candidate for the job.

“It essentially — and long story short — took on a life of its own and this is the power of social media because a lot of my friends and supporters got out there and said: “This would be a great idea. It’d be great for the party,'” Clovis says.

Since there was no GOP candidate for state treasurer on the Republican Primary ballot, delegates at Saturday’s Iowa Republican Party state convention will select a nominee for that slot on the General Election ballot. Clovis, who describes himself as a Christian conservative, says he hopes his candidacy would help unify the factions within the GOP.

“We can’t go out and have people vote against something,” Clovis says. “We have to give them a reason to vote for something and I think this gives us an opportunity to craft a message that talks about the future of the state of Iowa and I think that’s an important message.”

And Clovis says having active campaigns in all the statewide races will benefit the party’s effort to turn out voters in legislative races as well.

“We’ve had a lot of internal stresses in the party over the last four years,” Clovis says. “All of us who are strong Republicans really think it’s important to have a united front going forward because this has impact up and down the ballot.”

Clovis ran a bare bones campaign for the U.S. Senate and finished second, ahead of a candidate who poured three million dollars of his own money into the race, only to wind up in third place. Clovis, who is on sabbatical from his job as a Morningside College economics professor, says he has the credentials for the job of state treasurer.

“I’ve started businesses from scratch, so I know the private sector very well, but I also have handled large public budgets as well,” Clovis says. “I was the Inspector General for NORAD U.S. Space Command and one of my responsibilities was oversight of how we managed the budget. I also ran a billion dollar foreign military sales program in Bahrain.”

Mike Fitzgerald, a Democrat, has served as state treasurer for nearly 32 years and plans to seek reelection.

Another Republican has expressed interest in running for state treasurer. John Thompson, a former soldier and Harvard graduate who has a Facebook page for his campaign, was arrested at the Des Moines Airport last year after he was caught going through security with a gun and ammunition. Two years ago he was also accused in North Carolina of trying to have his ex-wife killed, but those charges were later dropped.