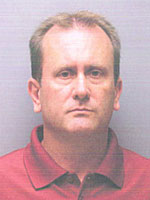 A man was arrested Wednesday for placing video and audio recording devices in a portable restroom in eastern Iowa. According to the Dubuque County Sheriff’s office, 48-year-old Donald Born of Solon turned himself in and is facing two counts of trespassing. He was released after posting a $300 bond.

Born is accused of placing the recording devices in a restroom in Cascade. They were discovered on June 3rd by a student during a baseball game between the middle schools of Solon and Cascade. Authorities searched Born’s home on June 10th and seized items capable of storing digital media. Those items are still being examined and the case remains under investigation.