You are here: Home / News / Final approval given to sale of Iowa Lottery headquarters building 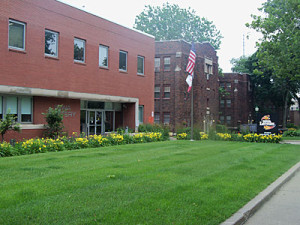 The Iowa Lottery Board gave final approval Monday to the sale of the Iowa Lottery headquarters building to the Des Moines Public Schools for $1.6 million.

The board determined it was more cost effective to buy a more modern building in the Des Moines suburb of Clive instead of making repairs to the current building’s heating and cooling systems. The building is located east of downtown Des Moines across the street  from the Terrace Hill governor’s mansion.

Lottery CEO Terry Rich says it worked out well for both sides. He says the Des Moines Public Schools will have the time to make the repairs that the Iowa Lottery couldn’t do. “They’ll be able to move in later this year and have a good eight or nine months to do the things that are needed for this building to make it a really solid administration building for the Des Moines Public Schools,” Rich says.

There is still some work being done to the new building to prepare for the Iowa Lottery’s move later this year. “We are doing some additional things with security, internet and those kinds of things that will be ready to go by the end of the year. So, the timing worked out well and financially will be the best for everyone concerned,” Rich says.

The Lottery is paying cash to purchase the new building for $5.35 million. The lottery has budgeted a total of $7 million to purchase the building and add a generator and other items, with half of that amount budgeted in each of the next two years.