You are here: Home / Crime / Courts / State Patrol has more troopers on the road for the holiday 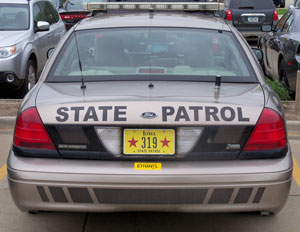 The Iowa State Patrol has extra troopers out on the roads for the July 4th holiday.

The Iowa State Patrol has more troopers working the holiday to try and keep the highways safe.

Patrol leader, Colonel David Garrison, expects the traffic to really pick up today. “Thursday and Thursday afternoon will definitely see heavy travel. This is probably one of the most heaviest traveled weekends that we have,” Garrison says. 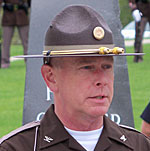 Many people are heading out to barbecues and to watch fireworks and they may have a drink while doing so. Garrison says that’s not unusual. “Most holidays we see that, it’s the social gatherings and the drinking that goes along with that. I don’t know that it’s dramatically greater on the Fourth of July than others, we just encourage people to not drink and drive, absolutely do not drink and drive,” Garrison says.

If you see someone driving erratically, Garrison says you should call 9-1-1 and report it. “If you see that, and you see that it’s inappropriate and improper, obviously we need to be notified about it. Our hope is that we have somebody close by so that we can remove that driver from the road,” Garrison says.

There were 6 fatal traffic accidents on Iowa roadways over the Fourth of July holiday weekend in 2013. The state recently launched a campaign to try and have zero fatalities on the roadways, and the extra troopers on the roadways are one part of the effort.