You are here: Home / Crime / Courts / Man charged in death of Grimes teen 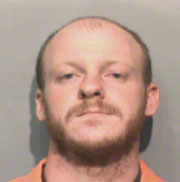 An arrest has been made in connection with the death of a central Iowa teenager over one year ago. Seventeen-year-old Aaliyah West died on June 22, 2013 after spending the night partying with friends at a mobile home in Grimes.

An autopsy found West died from an overdose of the prescription drug methadone. Police say the investigation led them to 25-year-old Patrick Glade, who was living in Guthrie Center. He was arrested Tuesday on a warrant for involuntary manslaughter.