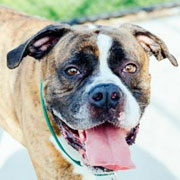 Officials with the Animal Rescue League of Iowa say their emergency overcrowding situation has passed, but people who want new pets are being urged to step forward now and find a furry friend. Stephanie Filer, a spokeswoman for the Des Moines-based non-profit shelter, says a five-day adoption push ended on Sunday that saw more than 330 animals put in new homes.

“We have a lot of empty kennels in adoption right now but the really important thing is that we still have over 1,000 animals in our care,” Filer says. “We’re moving the ones up from the back who were just waiting for kennel space in adoption and waiting to have their surgeries.” Adoption fees include spaying or neutering, microchips and vaccinations.

The shelter was housing a record number of animals last week and many hundreds of creatures are still available for adoption.

“We have primarily cats, a lot of dogs and we also have a lot of small animals still from our rescue of over 300 animals in Davis 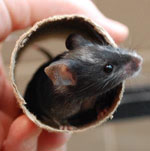 County in February,” Filer says. “We have rats, mice, degus and also barn animals, goats, chickens, horses and everything in between.”

By the way, a degu is a small rodent, similar to a chinchilla or hamster. On some days, dozens of new animals are brought to the shelter. Iowans who are considering surrendering a pet are urged to work with counselors at the Animal Rescue League of Iowa to overcome the challenges and keep the pet in their home.