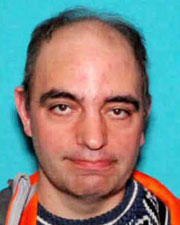 A northwest Iowa man who’s been held as a material witness in the deaths of his parents is now charged with his mother’s murder.

Jonathon Neunaber of Akron has been charged with first-degree murder. Neunaber is accused of killing his mother, Esther Neunaber. Esther and her husband, Donald, were both found dead in their rural Akron home on July 9. The state medical examiner determined the cause of death as homicide.

According to a news release from the Plymouth County Sheriff, Jonathon Neunaber admitted to investigators that he willfully, deliberatley and with premeditation caused the death of his mother. Authorities found Jonathon Neunaber in La Crosse, Wisconsin, a day after the discovery of the dead bodies. Neunaber’s bond has been set at $100,000.

The court documents filed today only refer to Esther Neunaber’s death and make no reference to her husband’s. His body was also found in the home where mother, father and son lived.