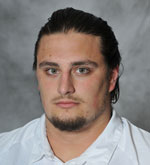 The Iowa State Cyclones opened fall practice Monday and afterward, coach Paul Rhoads said it was what you expect from the first day. “There’s some good, there’s some bad, and there’s a lot of inbetween and there’s nothing to be overly excited about at the same time,” according to Rhoads.

He says getting back into shape for the daily workouts is one of the first issues they face. “You’ve got rust, you’ve got a little conditioning fall off and that shows. Playing football is always different than working out and training and so there was some conditioning football from play-to-pay wise that we will continue to address on a daily basis, that’s one of the primary things you’ve got to get accomplished during training camp,” Rhoads said.

He says the players were intent and had good enthusiasm for the first day. Rhoads says he will stick to his timeline of picking a starting quarterbackby the end of next week. Rhoads says they will pick a quarterback by August 16th at the latest and it could be sooner. Junior Sam Richardson, sophomore Grant Rohach, and reshirt freshman Joel Lanning are vying for the starting QB spot.

Rhoads named the captains for the 2014 season after the first practice. Center Tom Farniok, tight end E.J. Bibbs and defensive end Cory Morrissey, all seniors, were voted by their teammates to lead the Cyclones. 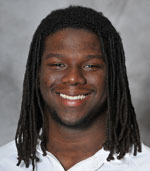 Farniok, a native of Sioux Falls, South Dakota, has the most career starts of any returning Cyclone (35) and is considered one of the top centers in the nation. A two-time honorable mention All-Big 12 selection, Farniok is on the 2014 Rimington Award Watch list, given annually to the nation’s best center.

Bibbs is from Chicago and, is one of the nation’s top returning tight ends after catching 39 passes for 462 yards as a junior in 2013. Bibbs, who earned All-Big 12 Second-Team honors last year, is a preseason First-Team All-Big 12 pick and is on the John Mackey Award and CFPA Award watch lists for the nation’s best tight end.

An Ames native, Morrissey led all Cyclone down linemen in tackles (52) and had 6.5 tackles for loss en route to honorable mention All-Big 12 honors in 2013. Morrissey is on the Lott Impact Award Watch list.