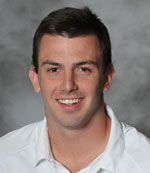 Iowa State coach Paul Rhoads has named Sam Richardson as the Cyclones starting quarterback for the August 30th opener against North Dakota State. The junior from Florida started eight games during an injury plagued 2013 campaign in which the Cyclones finished 3-9.

He will lead an ISU offense that has changed under first year coordinator Mark Mangino. “It’s similar to what we’ve been running, but definitely something that he’s pretty experienced in running…I guess just a faster pace than last year, that’s the main difference,” Richardson says.

Richardson says he has worked at running less and making more plays from the pocket. “We have a lot of threats outside and getting them the ball fast is the main difference,” Richardson says.

Richardson says that will also help him stay healthy and he says that is something they wanted to do after last year, is keep him in the pocket and not getting hit.