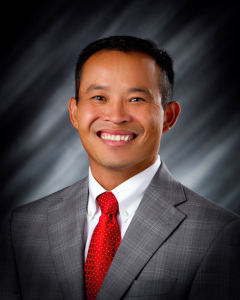 Children are reporting back to school across the state and many minority students will face challenges that go beyond adjusting to a new grade level and new teachers. The man who leads one of Iowa’s most diverse high schools says he understands what his foreign-born students are going through.

Aiddy Phomvisay is the principal at Marshalltown High School. He’s a refugee from Laos, where his father served in the Royal Lao Army and supported U.S. interests in Southeast Asia during the 1970s. “My father was a prisoner of war for eight months, after he escaped, he took us across the Mekong River into Thailand, and we were refugees there for three years,” Phomvisay said.

At the age of seven, Phomvisay arrived in the States. At that time, Iowa Governor Robert Ray was opening the state’s arms to people escaping war in Vietnam, Cambodia and Laos. The Phomvisay family of eight landed in Alta, a town of 1,800 people near Storm Lake in Buena Vista County. “An amazing community, it was just an iconic childhood growing up there, and I attribute all I’ve been able to do, all the learning, the life experiences, the preparation for things like this, it’s just an unbelievable dream come true,” Phomvisay said.

Volunteers at a church in Alta taught Phomvisay to speak English. Of the roughly 1,600 students he now oversees in Marshalltown, 32-percent are English-language learners and 45-percent are considered minorities. Phomvisay notes that 37 languages are spoken in the school.

Phomvisay uses his experiences growing up as a refugee in Iowa to motivate Marshalltown students, such as a Burmese refugee – a young woman beginning her senior year. Phomvisay asked the student, “What are you going to do after graduation? What college are you going to?” She answered Marshalltown Community College. “MCC, good for you, and after that I want you to go to a four-year university, OK? You can do it and I’ll help you,” Phomvisay said.

Earlier this year, Aiddy Phomvisay was named the 2014 Iowa Secondary Principal of the Year by the School Administrators of Iowa. The Iowa International Center will hand him its Passport to Prosperity award in September.