You are here: Home / Business / Festival of Iowa Beers this Sunday in Amana 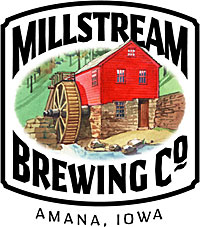 The 10th Annual Festival of Iowa Beers is scheduled for this weekend at the Millstream Brewery in Amana. Millstream owner Teresa Albert says Iowa’s beer business is booming.

“We have over 52 licensed breweries now,” Albert says, “and we’ve got 27 of them coming to the Festival of Iowa Beers Sunday.”

There will be 100 different craft beers available for sampling in Amana on Sunday afternoon. Albert isn’t worried about hosting her Iowa craft beer competitors in her backyard.

“It’s about the education. We’re educating people about the craft beer,” Albert says. “The more people we can get converted to craft beer, the bigger my business is going to be.”

The Millstream Brewery opened 29 years ago this weekend.

“We’re top 10-15 oldest operational microbrewery in the United States,” Albert says. “Prohibition shut down a lot of them in different states and they never reopened and then the craze for the nation really didn’t happen until the early ’90s and we opened in ’85, so we were about five or six or seven years before the microbrew craze hit.”

There are now more than 4500 licensed breweries in the United States and experts say craft beer sales have recently been growing by up to 15 percent a year. The entry fee for Sunday’s Festival of Iowa Beers is $20.

“You’re going to be able to try some really unique beer. Some of them make a special beer for this festival and you might not get it on the shelves,” Albert says. “…I would say three-fourths of the tables are being poured by the actual brewers of the beer and you can’t get that anywhere else. The home brewers go nuts. They get to talk to the brewers, you know, pick their brains, taste their beers.”