You are here: Home / News / ‘Raise the Wage’ coalition challenges Iowa policymakers to live on $77 a week 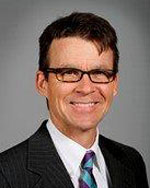 Three Democrats who serve in the state senate are beginning an experiment to see if they can limit their food and transportation expenses to $77 for one week. Senator Joe Bolkcom of Iowa City is accepting the challenge to try to live on a minimum wage worker’s salary for a week, starting tonight.

“It’s an awareness raising opportunity for people that are willing to take this challenge to actually sit down and think about what’s involved,” Bolkcom says. “I’ve started on a grocery list in the last couple of days. What food products can I buy and stretch day-to-day and make last for a week?”

Bolkcom will take his lunch to work, plus he will skip his weekly Wednesday night meet-up with friends at a local Iowa City bar. He also plans to ride his bike around Iowa City as much as possible, to avoid having to fill up the tank on his car.

“You have to be a PhD in pinching pennies as a low-income person,” Bolkcom says.

State Senators Tom Courtney of Burlington and Rob Hogg of Cedar Rapids will also try to live on $77 for a week. That’s how much Matt Sinovic of Progress Iowa says minimum wage workers have left for food and gas once they’ve paid for their housing.

“I would love it if even the opponents of raising the minimum wage would at least attempt this,” Sinovic says, “because I think they’d be much better informed when they come back to the legislature next session and decide whether to raise the minimum wage.”

Progress Iowa and other liberal activist groups have formed a “Raise the Wage Iowa Coalition” and they are calling on elected officials in Iowa to live on the minimum wage for a week.

“I would just challenge every Iowan to think about: ‘What would you do with $77 a week?'” says Sue Dinsdale of the Iowa Citiens Action Network. “You don’t have to literally take the challenge…Then sit back and think about your friends and neighbors that are trying to survive on that small amount of money.”