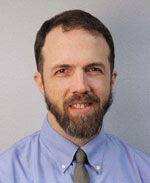 A Massachusetts doctor who’s contracted Ebola while working in Africa is has been flown to Omaha, for treatment at The University of Nebraska Medical Center. Dr. Mark Rupp is medical director of infectious control at the hospital where Dr. Rick Sacra will be treated.

“I am very confident that we can care for this patient safely,” Rupp said during a news conference in Omaha on Thursday. “This is a specially designed unit. It’s locked. It’s secured. It’s separated physically.”

Dr. Sacra, the patient, is a faculty member at the University of Massachusetts Medical School. He went on a mission trip to Liberia in August to work in a hospital there and was diagnosed with Ebola early this week. He will be treated in what’s called the “Biocontainment Patient Care Unit” at the University of Nebraska Medical Center in Omaha.

Jeffery Gold, the chancellor at the University of Nebraska Medical Center, said the unit is one of the few in the country that’s equipped to deal with a patient suffering from an infectious disease like Ebola.

“We have been preparing for this type of event for a very long time,” Gold said during Thursday’s news conference. “This is not a surprise that we’re being called to serve in this way.”

Gold said not only will Sacra receive “world-class care” but all other patients, staff, faculty and visitors at the hospital will be “completely protected and safe.”

Sacra’s wife told reporters in Boston yesterday that her husband is very ill, but was able to walk onto the plane that carried him out of Africa.

A U.S. doctor and an American nurse who contracted Ebola while on mission trips to Africa were flown to Emory University’s hospital in Atlanta last month for treatment.

Dr. Sacra, the third American to be diagnosed with the disease, is a 51-year-old family doctor who has made many trips to Liberia in the past 20 years. He was not treating Ebola patients during his most recent trip, but was working in another part of the hospital. He got a fever last Friday and put himself in isolation while tests were done to confirm the Ebola diagnosis.