You are here: Home / News / State senator from Davenport diagnosed with brain tumor 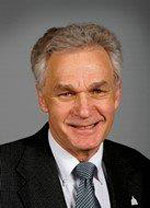 A state senator from eastern Iowa who is seeking reelection has announced he has a brain tumor.

State Senator Joe Seng of Davenport released a statement saying the tumor was discovered in tests last week and confirmed on Thursday. Seng, who is a veterinarian, says the tumor is located in his left lobe — “at the top of my head.” He plans to meet with doctors and set up a treatment plan which could include surgery, radiation and chemotherapy.

Mike Gronstal, the Democratic leader in the state senate, spoke by phone with Seng. Gronstal said in a written statement that Seng is “tough as nails” and he’s “betting on Joe Seng to win this battle and return to the Iowa Senate for the opening gavel in January.”

Seng, who is 67 years old, is seeking a fourth term in the Iowa Senate. He does not face an opponent on November’s ballot. His senate district has an overwhelming Democratic voter registration edge.

Seng served on the Davenport City Council before he was elected to the state legislature. He owns and operates a veterinary hospital in Davenport, a bed and breakfast in Renwick, a restaurant in Davenport and a senior housing facility in his hometown of Lost Nation, Iowa.