You are here: Home / Crime / Courts / One man charged, one in critical condition after Ottumwa bar incident 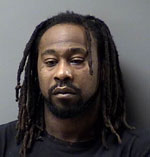 An Ottumwa man is listed in critical condition, while another man is jail after an incident at a bar. Police were called shortly before 3 a.m. Sunday to the Elbow Room, an after-hours club on Ottumwa’s east side, on the report of a man who was unconscious in front of the bar.

The victim Maekele Hagos was taken to an Ottumwa hospital before being airlifted to University of Iowa Hospitals. He was reported in critical condition.

Police arrested 30-year-old Kendrick Jackson. He’s currently charged with willful injury and is being held in the Wapello County Jail on a $25,000 cash only bond.