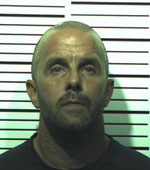 He is being held in the Rock Island County Jail pending extradition to Scott County. Fortune is charged with first-degree murder in connection with a Monday stabbing in Davenport. Fifty-two year-old Jack Simmons of Davenport received life-threatening wounds and is recovering in a hospital. Sixty-one year-old Betty Simmons of Davenport died at the scene.