You are here: Home / Education / Over half of Iowa schools on federal watch list, state officials call measures flawed 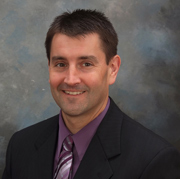 A state report card prepared to meet the requirements of the “No Child Left Behind” law shows more Iowa schools are on federal watch lists, but state officials say those lists aren’t a true indicator of what’s happening in schools.

The chief of the Department of Education’s information bureau Jay Pennington talked about the raw numbers for individual schools. “Based on 2013-14 performance, 737 of Iowa’s 1,356 public schools,or 54.4 percent, were identified in need of assistance,” Pennington says. “This an increase of the 47.2 percent that were identified as schools in need of assistance the year before.”

He also detailed the numbers at the district level. “In terms of districts, a total of 45 out of the 346, or 13-percent, were identified as districts in need of assistance (DINA) for the 14-15 school year. Which is up from the 11.8 percent of districts from the year before,” Pennington says.

Department of Education director Brad Buck joined Pennington on a conference call with reporters, and says while the report shows over half the schools are in need of assistance, it doesn’t show the whole story. “I’d like to emphasize that educators and students across the state are working harder than ever and they are focused on the right work. These students and educators deserve our support,” Buck says.

No Child Left Behind requires public schools and districts to meet what are called “Adequate Yearly Progress” (AYP) state targets for the overall student population and for subgroups of students in third through eighth grade and 11th grade. “This year, an NCLB requirement that 100-percent of students demonstrate proficiency in math and reading took affect. There’s some growth factors that figure into this calculation, so it would not be correct to say that schools and districts that met AYP saw a 100-percent proficiency on the state assessment,” Buck says. “But it does mean that the target increased, so more of our schools have been labeled in need of assistance.”

Buck says the changing targets are a problem. “While I believe in accountability, No Child Left Behind has outlived its usefulness as a lever for improving student achievement. This is a flawed law that continues to unfairly label schools as failures,” according to Buck. “While most states have received waivers from key components of No Child Left Behind — in Iowa we must continue to follow the law in the absence of permanent relief.” Iowa has not received a waiver for NCLB because of its teacher evaluation system.

Buck says schools are given no credit for progress made if they are still behind the targets set in the law. He says the law does provide them with a wealth of data to be able to see how students are doing, which is important. But, he says other things need to change. “While there is some amount of willingness to take a look at student growth, really placing a heavier emphasis on student growth beyond proficiency would be an important thing to consider,” Buck says. Buck says there are several things Iowa does with schools that are restructuring to help students, and that restructuring needs to be figured more into how the districts are responding.

Pennington says there is some positive news in the report on schools making progress.”Thirty-seven districts this year were removed from the DINA or watch lists within NCLB for something — maybe they made it in reading or math for example,” Pennington says. “There were also 112 schools that were removed from the SINA or watch status, again for reading or test participation, just as a few examples.”

You can find out more about your school district at the Iowa Department of Education’s website:www.educateiowa.gov.