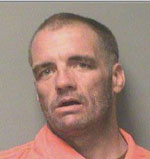 A man shot by Des Moines Police last week has died. Police say the shooting happened around 10:30 p.m. last Wednesday after they responded to a call about a domestic dispute in an apartment on the city’s southeast side.

Officers say they were confronted by 41-year-old Brian Beeler, who had two knives in his waistband. Beeler allegedly pulled out one of the knives and moved toward the officers. One officer fired a Taser and missed after Beeler ignored orders to drop the knife. Officers Cody Willis and Peter Wilson then fired their guns and hit Beeler in the chest. Beeler died Sunday.

Both officers remain on paid leave while the investigation of the shooting is completed.Not posted. Bumpable. Event is Oct 2.