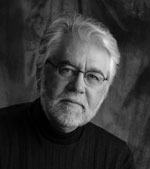 A novelist and teacher from Iowa City is embarking on a book tour that’ll take him to several spots in Iowa over the next few weeks, as well as to points much farther south. Larry Baker, who teaches American History at Kirkwood Community College, now has his fifth book in print.

“This new one, ‘The Education of Nancy Adams,’ is about a woman, 38 years old, who’s drinking her dead husband’s estate away, gets a phone call to come back and teach for her first job ever at the high school where she graduated 20 years earlier,” Baker says. “She’s thrown into this world of teenage hormones and trying to figure out what to do with the rest of her life.”

To promote the book, Baker will be appearing at the Knoxville Public Library at 6 tonight, with more stops planned during October, including in Decorah, Marion and North Liberty.

“I do an introduction, give some background, I sing, I dance, I read a little bit from the book and take questions, so an hour, hour and a half at the most,” he says.

In a few days, the 67-year-old Baker will be headed to the Sunshine State, carrying a box of copies of the “Nancy Adams” book.

“This book was chosen by the Florida Literary Arts Coalition as their novel of the year,” Baker says. “So, they are sponsoring me on a college campus tour through Florida starting next week for a week and then in January I go back down for another week. I’ll do five or six college campuses.”

Baker also has been invited to do a reading at the childhood home of novelist Flannery O’Connor in Savannah, Georgia, which he says is a particular honor since O’Connor’s books had such an influence on his own writing.

“The Education of Nancy Adams” is available as an e-book from Amazon and as an actual book through the North Liberty-based Ice Cube Press at icecubepress.com.