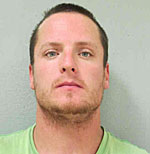 A northeast Iowa man, arrested last week for locking five children in a bedroom for more than 24 hours, is back in custody for violating a protective order.

Twenty-eight-year-old Joshua Steinbronn of Westgate was charged on September 19 with five counts of child endangerment and five counts of false imprisonment.

He posted bail the next day, but was ordered not to have contact with the five children, who are between the ages of 3 and 9. Steinbronn was accused of locking the children in a bedroom on multiple occasions, for several hours, denying them access to food or a restroom.

Fayette County Sheriff’s deputies this week found Steinbronn was back at the children’s home and during previous welfare checks, it’s believed he hid in a crawl space under the home by using a hidden door in a closet. 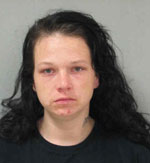 Deputies say the children’s mother, 29-year-old Jonya Smith, knew Steinbronn was there and she’s now facing charges that include child endangerment and aiding and abetting the violation of a no contact order.

The children have been removed from the home and placed with the Iowa Department of Human Services.

In addition to arresting Steinbronn and Smith, deputies arrested two people at the home for possession of drug paraphernalia. Nineteen-year-old Traeton Wilharm of Sumner and 21-year-old Megan Owens of Oelwein were at the home when deputies first responded to a domestic dispute at the residence on September 19.