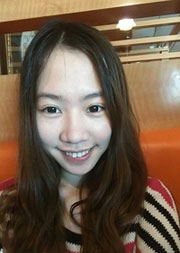 Iowa City police have located a vehicle believed to be associated with an Iowa State University student who went missing earlier this month.

Police say the Toyota Camry matching the description of the car driven by 20-year-old Tong Shao was found parked at an apartment complex east of Iowa City along Highway 6.

During the investigation of the vehicle officers recovered a body from the trunk of the car. Police have not confirmed that the body is Shao’s. An autopsy has been scheduled by the Johnson County Medical Examiner in an attempt to identify the body.

Ames police reported the student from China was last seen in Ames on September 6th around 7 p.m. Friends reported getting a message from Shao that she was in Iowa City and planned to go to Minnesota. Police then learned that she had access to a beige 1997 Toyota Camry.

Iowa City police say at this point there is no danger to the public related to this investigation.  More information will be forthcoming as it becomes known.  Anyone with knowledge concerning the disappearance of Tong Shao is encouraged to contact authorities.