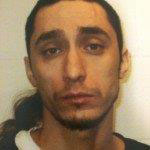 Sioux City police confirm the suspect wanted for shooting an officer has been taken to the hospital with a self-inflicted gunshot wound.

Sioux City Police Chief Doug Young says 27-year-old Noah Ironshell was found in a home that was a block away from where he shot an officer in the face at about five o’clock Friday evening. She was shot while responding to a call about a suicidal man.

“Officer Jill Ohm — age 37, a four-year veteran of the police department — was the first officer to arrive on the scene. She engaged the suicidal subject out in the curb area. A struggle ensued and a shot was fired, striking officer Ohm in the chin,” Young says. “She was able to communicate to dispatch what exactly happened.”

Officers checking the area three hours later heard a shot, entered the abandoned house and heard another shot. They found the suspect at the bottom of the basement stairs with a self-inflicted gunshot wound to the head. Officers on the scene administered first aid and Ironshell was taken to a Sioux City hospital. A condition report is not available for Ironshell. Police say the officer is “o. k.” and in stable condition.