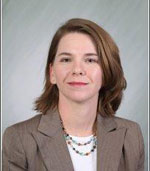 Iowa has four congressional districts, but incumbents are seeking reelection in just two. The other two are open races because Republican Congressman Tom Latham of Clive didn’t seek reelection and Democratic Congressman Bruce Braley of Waterloo is running for the U.S. Senate.

Donna Hoffman, head of the political science department at the University of Northern Iowa, says there’s a reason the state’s congressional races aren’t getting as much attention as Iowa’s U.S. Senate race.

“Virtually no one expects Republicans to lose control of the House and I think that has some effect on why the House races…are getting a little bit less attention in terms of national politics,” Hoffman says, “because the House really is not in play.”

Campaign fundraising reports from federal candidates are due later this week and Hoffman says that will help her “handicap” the congressional races, but she says voter registration “leans Democratic” in the first district and Democrat Pat Murphy seems to have a slight edge over Republican Rod Blum. Both candidates are from Dubuque and the two are scheduled to debate one another Wednesday at Coe College in Cedar Rapids.

Iowa’s other open race is in the third district, where Democrat Staci Appel of Ackworth and Republican David Young of Van Meter is getting the most attention among the four congressional races.

“That one is seen as being a true toss-up,” Hoffman says. “No one has been determined to have the advantage there.”

Young and Appel debated one another in Council Bluffs last month and they’re scheduled to debate tonight in Indianola.

“We see a little bit of movement there in terms of the national parties starting to spend some money there and not as much as we might have thought,” Hoffman says. “It seems like the Senate race is really sucking all the air out of the room in terms of the attention that’s coming to Iowa.”

In the fourth district, Republican Congressman Steve King of Kiron and Democrat Jim Mowrer of Boone are scheduled to debate later this month in Storm Lake. Hoffman says the fundraising in this district has been interesting, as Mowrer collected slight more than King did during the last reporting period in June, “which is really kind of surprising. He’s seen as being a quality candidate. He’s a young Democrat. He’s an Iraqi war vet,” Hoffman says.

“Having said that, I think that Steve King is probably secure in that particular seat.”

At the end of September, there were 56,000 more registered Republicans compared to Democrats in King’s district. In the second district, Democrats hold a voter registration edge of 27,000. That’s where Republican Mariannette Miller-Meeks of Ottumwa is running for a third time against Democratic Congressman Dave Loebsack of Iowa City.

“He seems likely to hold onto that,” Hoffman says. “And certainly incumbents are typically advantaged in races such as that.”

Several prominent figures have lost their first bids for elected office. In Iowa, Democrat Tom Harkin lost his first race in 1972, then won in a rematch in 1974.

“I haven’t seen with the Miller-Meeks and Loebsack race at this point that there’s much more momentum there than she had last time, but again there’s still a decent amount of time before the November elections and that could come,” Hoffman says. “But it doesn’t appear that the third time is going to be the charm for Miller-Meeks.”

Loebsack and Miller-Meeks debated one another in August and they are scheduled to debate again this Saturday in Davenport.

As for the campaign conversation in each of these races, Hoffman says “bread and butter” domestic issues have dominated.

“You have seen some foreign policy start to filter into some of the races in other states and we haven’t seen that in Iowa,” Hoffman says. “There’s the potential there as events drive foreign policy discussions that you could potentially have some candidates talking about those kinds of issues.”

Hoffman teaches courses about legislative politics as well as campaigns and elections at UNI.