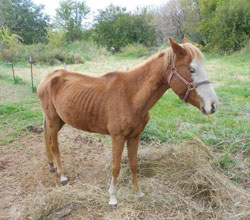 Deputies searched the property with a local veterinarian and found five horses that were thin and malnourished. The couple gave up custody of four of the horses which they owned, and they were put in the care of volunteers. The fifth horse is owned by a family member and was turned over to the owner. Deputies also found animal carcasses on the property.

Deputies say charges for animal neglect and failure to dispose of animal carcasses are pending. 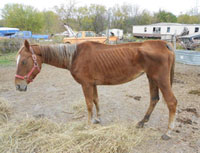