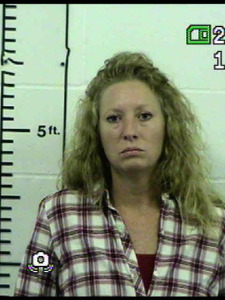 A former state employee has been charged with first degree theft and ongoing criminal conduct for allegedly diverting tens of thousands of dollars worth of public money to her personal use.

A special investigation released October 1 by the state auditor’s office uncovered nearly $280,000 worth of money that was to have been spend on soil and water conservation projects.

Forty-two-year-old Jessica Strasser of Rose Hill worked in the Iowa Department of Agriculture for six and a half years, but resigned in 2013 and wrote a letter to coworkers apologizing for her actions. She said her husband’s military deployment had been too much to handle on top of two jobs and two kids.

The money was supposed to be spent in the Mahaska County Soil and Water Conservation District. She had been the district’s secretary. The five elected county commissioners who were to oversee her work did not review bank statements, so they never saw what auditors found — that she had withdrawn over $241,000 in cash from the district’s account.

Strasser turned herself in today at the Mahaska County Jail in Oskaloosa. Authorities filed the two felony charges against her.