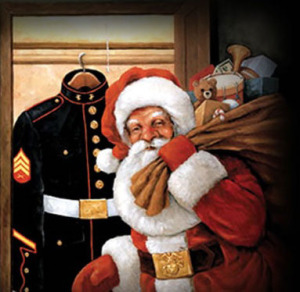 It may be late October but the organizers of a popular year-end charity campaign that provides gifts to low-income children across the region are already gearing up for the season ahead.

Kathy O’Hara is spokeswoman for the United Way of the Midlands. “It does probably to most of us feel far too early to think about Christmas,” O’Hara says, “but in order to run a program the size of the U.S. Marine Corps Reserve Toys for Tots program, they need to get started early.”

There are multiple campaigns underway in various parts of the state. In the Omaha-Council Bluffs area, O’Hara says Toys for Tots provided 40,000 gifts to kids last year.

“For the Marine Corps Reserve to get all of those loaded up to a warehouse where they can sort them all by age,” O’Hara says. “They’re asking for people to donate new and unwrapped toys. These would be items that would be appropriate for anywhere from an infant up to a child who’s age 14.”

Families who want to apply for the program in most Iowa cities can call 2-1-1. Applications will be taken in many areas starting this Saturday. Toy drop-off boxes are already in place in dozens of locations.