You are here: Home / Crime / Courts / Shenandoah man arrested in 2009 death of girlfriend 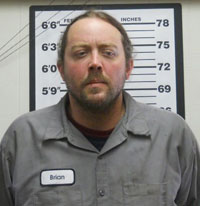 “We’re not releasing that information. There was just some further investigating that occurred. I guess I really don’t want to go too much into that at this time,” Simmons said.

Brian Davis had placed the 911 call on July 18, 2009 and responding officers found Holly Durben dead in her home, which she shared with Davis. An autopsy determined Durben was shot in the head and had other injuries.

Davis is now being held at the Fremont County Jail on a one-million dollar cash bond.