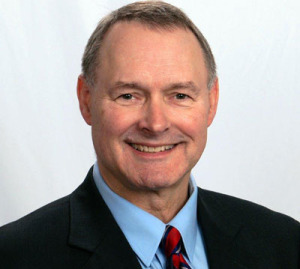 The Republican who finished second in the race for the GOP’s U.S. Senate nomination is still on November’s ballot — as a candidate for state treasurer. Sam Clovis says as state treasurer he’d be an advocate for tax reform, college affordability and economic development.

Democrat Michael Fitzgerald has been state treasurer for the past 32 years and he’s seeking reelection to another four-year term. Fitzgerald stresses his role as, essentially, the state’s banker.

“I’ve kept the money safe for all these years,” Fitzgerald says. “I’ve worked with our Republican auditors, especially Dick Johnson, to bring Generally Accepted Accounting Principles — an honest set of books to Iowa which helped us get AAA (bond) rating from all the rating agencies and now we have reserve funds because of that.”

And Fitzgerald says he’s addressed college affordability as the manager of the College Savings Iowa program.

“We have over 221,000 accounts, $4 billion is invested and it’s helping families send their kids to college in Iowa,” Fitzgerald says. 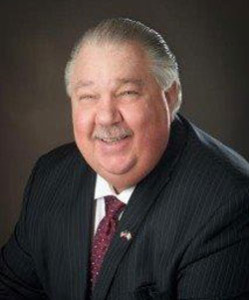 Clovis faults Fitzgerald for using the fund’s promotional dollars to feature himself in public service announcements about the program.

“He has used the PSAs for electioneering in election years,” Clovis says.

Fitzgerald defends his appearance in this fall’s radio and TV spots for the program.

Clovis says the money Fitzgerald has been spending on public service announcements could be better spent helping set up College Savings accounts for middle and low-income Iowans.

Clovis, who is 65 years old, lives in Hinton and is a Morningside College economics professor. Fitzgerald, who is 62, was a marketing analyst for Massey-Ferguson before he was elected state treasurer.