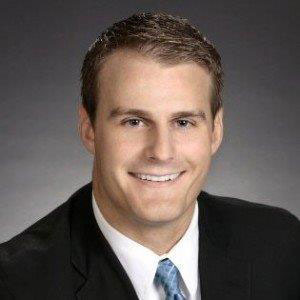 “We need an attorney general who stands up every single day for Iowa agriculture, not just in an election year, not just after a political opponent has made it an issue,” Gregg says.

Gregg says Miller had been silent on the Environmental Protection Agency’s controversial rule about water on farmland until Gregg publicly criticized the EPA for over-reach.

“No attorney general in this country has stood up for his farmers like I have,” Miller says in response. “When I first became attorney general I created the first farm division in any attorney general’s office in the county and since then we’ve been the fighter and protector of farmers.”

Miller, who is 70 years old, was first elected attorney general in 1978. Miller was out of office for four years after an unsuccessful run for governor in 1990, but has held the job of attorney general for 32 years.

“I love this job,” Miller says. “I think it’s extremely rewarding. I go to work every day enthused. I come back home every night thinking that I did the right thing.”

“It seems like every opportunity he gets he’s siding with the Obama Administration,” Gregg says. “It’s gotten so bad, in fact, that it seems like he’s become Obama’s lawyer and not Iowa’s lawyer.”

“I’m the lawyer for the people of Iowa, for the ordinary Iowan, for state government, for Governor Branstad and the agencies,” Miller says.

Miller questions Gregg’s ability to run the office since Gregg has never practiced criminal law. Gregg says as attorney general, his clients would be the citizens of Iowa and he’d focus on protecting their interests.

“I’ve advocated creating a division within the attorney general’s office focused solely on prosecuting cyber crime because, like many of the things in our lives, crime has moved online,” Gregg says.