You are here: Home / Human Interest / Costumes from ‘Frozen’ most popular this Halloween 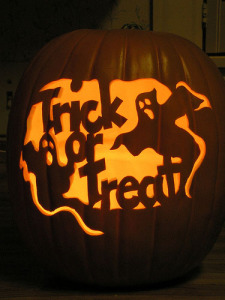 Costumed kids will soon be prowling the streets of Iowa’s neighborhoods, seeking handfuls of candy as grownups dress up in more sophisticated disguises to hit adult Halloween parties.

Kathy Harkrader manages the Theatrical Shop in West Des Moines and says many of the female trick-or-treaters will be dressed as a particular princess from the 2013 Disney animated film, “Frozen.”

“Elsa is out there in the lead of the pack, both for child and adult,” Harkrader says. “There’s going to be lots of little Elsas and Annas on the streets this Halloween.” For the boys, characters from “Guardians of the Galaxy” are popular, as is the shield-carrying crusader Captain America.

“Superheroes for adults and children are very popular,” she says. “If it is a couple, we find that a lot of times the roaring ’20s seems to be a popular era people tend to go to.” The Ebola virus is the topic of many conversations lately and some people are seeking out bio-hazard moon suits as their party attire.

Harkrader was asked if she’s gotten many calls for Ebola-related costumes. “We have but it hasn’t been as many as what you would think,” Harkrader says. “People are wanting to have fun and that’s the name of the game when it comes to Halloween.” Given the popularity of zombies, on TV and at the movies, shambling brain-eaters are also a favored get-up this season.