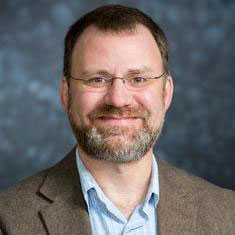 A Grinnell College political science professor has some advice about the conflicting conclusions from the variety of public opinion polls being conducted on Iowa’s U.S. Senate race.

Douglas Hess teaches classes in American politics and policy studies at Grinnell. “Polling data has become so ubiquitous and so available, I think one thing that people need to keep in mind is that if results contradict the most recent polls, that’s not a sign of fraud,” Hess says. “That’s just a sign that polling depends heavily on the exact wording of questions.”

Hess says his students this fall are “most interested” in how each party is mobilizing volunteers to seek out potential voters. “They realize that in close elections how parties and candidates organize themselves and use their volunteers and manage lists that they have is the most important part of what’s happening,” Hess says. “I think that’s especially the case in Iowa.”

Hess plans to analyze the exit poll data and voting patterns in each of Iowa’s precincts once all the ballots are cast.