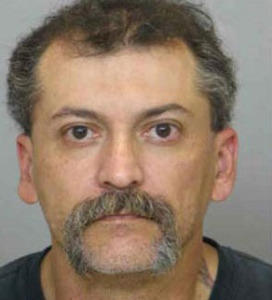 Police announced today that the owner of an auto repair shop in Waterloo has been charged with first-degree murder. Anthony Tronca is accused in the shooting death of 44-year-old Ronald Randall.

The 43-year-old Tronca is the owner of AJT Auto Repair in Waterloo. Randall was reported missing on September 9 and his body was found in a rural area of Black Hawk County on September 12. An autopsy revealed Randall had been shot multiple times.

Police believe Tronca shot Randall at AJT Auto Repair and then transported the body to the rural area south of Washburn. Tronca’s bond is set at $1 million. He’s been in the Black Hawk County Jail since September 16th on unrelated gun and drug charges.