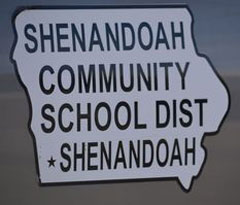 A southwest Iowa superintendent has been fired. The Shenandoah School Board voted this week to terminate the contract of Jeff Hiser, 3 weeks after he was placed on “medical leave.”

The motion to terminate Hiser cited eight concerns, including the board’s assertion that Hiser submitted fraudulent expense and reimbursement reports.

The board also claims Hiser “knowingly provided untruthful, inaccurate and incomplete information” during the board’s investigation of his conduct. No other details about the alleged misconduct were disclosed by acting Superintendent Monte Munsinger. However, Munsinsger says Hiser can appeal the board’s decision at which time all the evidence would be aired in open session.

There’s been no public comment from Hiser on the matter and school board members have declined to say whether or not they would ask for criminal charges to be filed. Hiser had been Superintendent of the Shenandoah Community School District for three years.