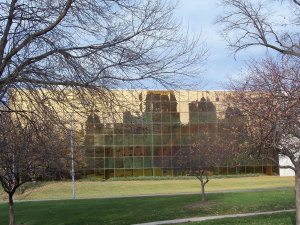 The Iowa Capitol building reflection in the windows of the Wallace Building.

Democrats held onto their slim 26-24 margin in last week’s election to maintain control of the Iowa Senate. Senator Mike Gronstal of Council Bluffs will continue as majority leader and Pam Jochum of Dubuque was reelected Senate President. Gronstal has been the Senate minority or majority leader since 2001, while Jochum will be in her second term as Senate president.

The 2015 Legislature will convene in Des Moines on January 12th.