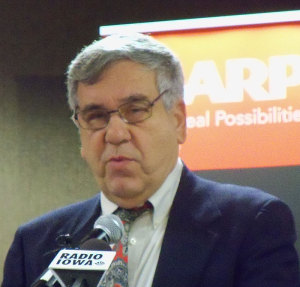 AARP Iowa is launching a campaign to educate people in the state about a new Power of Attorney (POA) Law that was passed by the legislature in the last session. A POA allows you to designate someone to handle your financial matters if you are unable to do so. Iowa AARP president, Tony Vola, says it’s an important tool, but they pushed for changes because of abuse.

“Our goal was to help combat the devastating problem of financial exploitation of elders in Iowa,” Vola says. “Although drastically underreported, the illegal use of an elder’s income or assets has become an increasingly common crime in Iowa and across the country.”

Republican state representative, Chip Baltimore of Boone, and state Senator Rob Hogg Hogg, a Democrat from Cedar Rapids, led the effort to pass the law. Baltimore is a lawyer who has dealt with the issue, and says the law provides more oversight. “One of the things that the law provides, is it allows judicial review of a Power of Attorney to make sure it is implementing appropriately. And if there are some issues there, it allows the court system to get involved to stop potential abusive activity from going on,” Baltimore explains. 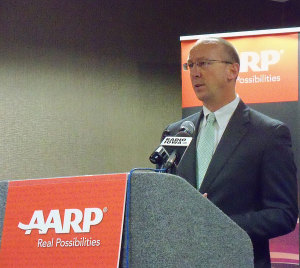 So a family member who may question how another family member is using the POA, now has a way to follow up to be sure everything is being handled properly. “So that when that Power of Attorney is presented to another place — like a bank for instance — then that financial institution if the form is in the proper from, it knows it can accept it and can act upon it without having to question it and interpret it and go through all that,” Baltimore says. “And it provides some mechanisms if there are some questions for whether or not it is affective it allows the financial institution to ask some questions to get feedback directly and take it from there.”

Vola says AARP just completed a 15-city tour around the state where they asked about issues facing the elderly. “One of the subjects we obviously brought up was the passage of the Power of Attorney Act. The interest out there in knowing more and understanding was very high, had a lot of questions,” Vola says. “So, that will be the tie-in now to going around and really talking about that subject and the education of that subject to make sure people are informed.”