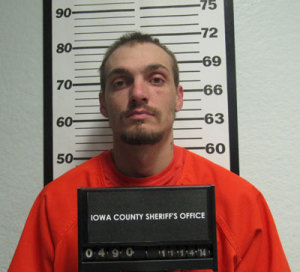 A man who claimed to have a knife prompted the lockdown of an eastern Iowa elementary school this morning.

A news release from the Iowa County Sheriff’s Department states the English Valley Elementary School in North English went into lockdown mode at 8:40 a.m., shortly after a man who appeared to be under the influence of alcohol and/or drugs entered the school office.

The man, identified as 28-year-old Coty Schwochow, told school officials he had a knife and “needed mental help.” No students were in the office at the time and no one was injured.

School staff convinced Schwochow to leave the building, but say he attempted to reenter. Schwochow was arrested by sheriff’s deputies a short time later a few blocks away from the school. Criminal charges are pending against Schwochow, who was committed for a mental evaluation, according the release.