You are here: Home / Crime / Courts / Classes canceled at Southeast Polk High School after nearby shootings 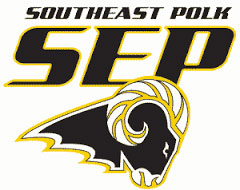 Classes are canceled at a central Iowa high school this morning after multiple shootings nearby. In the Des Moines suburb of Pleasant Hill, reports say two people were shot at homes in separate incidents early this morning in the six o’clock hour and shots were apparently fired near a third home, but no one was hit.

One of the victims was reportedly shot in the chest, though no condition reports are being released. A suspect is said to be in custody. There was a threat over the weekend on social media about how there’d be a shooting today at Southeast Polk High School in Pleasant Hill. Classes at the school are canceled for today as a precaution. It’s not known if the suspect or any of the victims were students.

Three schools in the nearby Des Moines Public School district were locked down this morning as a precaution due to a separate shooting incident at a store. The lock downs were lifted at 9:30 A.M. at East High School, Hiatt Middle School and Carver Community School. Officials say it’s considered a standard precaution in response to a non-school-related incident.