You are here: Home / News / House Democrats keep Smith as leader; all statehouse leaders remain for 2015 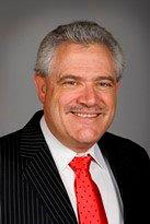 The final group of state legislators has met and the statehouse leadership roster is now complete. When the 2015 Iowa legislative session starts in January, the leaders in the Iowa House and Senate will be the same ones who held those jobs in 2014.

Democrats in the Senate met shortly after the election and voted to keep Mike Gronstal of Council Bluffs as Senate Majority Leader and Pam Jochum of Dubuque as president of the Senate. Republicans in the House and the Senate met a couple of days later and kept their leaders in place. Kraig Paulsen of Hiawatha will continue as House Speaker and Linda Upmeyer of Clear Lake will continue as House Majority Leader. Senate Republicans — despite the disappointment of failing to capture a majority of seats in the senate — kept Bill Dix of Shell Rock as Senate Minority Leader.

The fourth group of legislators — House Democrats — met this past weekend. Despite falling further behind Republicans in the House, Representative Mark Smith of Marshalltown will remain as House Minority Leader.

Gronstal is the longest-serving leader among the bunch. He has the top leader of Senate Democrats since 1996.