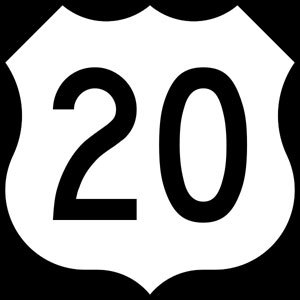 A book is being released today detailing the long history of a long road, U.S. Highway 20, which cuts across Iowa and the nation. Author Michael Till grew up along the historic roadway in the northeast Iowa town of Independence, where it was Main Street, and says he always found Highway 20 fascinating.

“I knew as a small child that it went from coast to coast, from Boston to Newport, Oregon,” Till says, “but I hadn’t really given it a great deal of thought in terms of traveling it until I got a bit older.”

The road was completed 88 years ago and runs across 301 miles of Iowa, from Sioux City to Dubuque. As Till began exploring the many miles of highway, he started collecting postcards that featured landmarks along the route.

“Now I have a collection of over 3,000 postcards going all the way from Boston to Newport,” he says. “Highway 20 is 3,365 miles long so that would come to approximately one postcard every mile.”

His latest book is tailored for the Iowa market as it’s called “Along Iowa’s Historic Highway 20,” though he’s also written books about Highway 20 in Massachusetts, New York and Ohio.

Till will make stops in several Iowa cities on his book tour starting December 1st, including in: Waterloo, Independence, Webster City, Ackley and Williams. The book can be ordered through Arcadia Publishing, Amazon or Barnes and Noble.