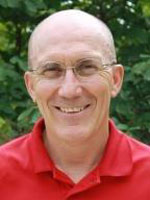 The National Retail Federation is predicting holiday sales will increase four percent this season, but Iowa State University economist David Swenson says he has “mixed views” about whether Iowa retailers will see that much of a gain.

“First of all, we have overall about four percent year-over-year growth in wages and salaries. That’s good news. More people are making more money and that does mean that we have an ability to spend more of that money, especially for holiday sales,” Swenson says. “On the other hand, we have a pretty sharp decrease in ag and ag-related incomes in the state of Iowa.”

Significant gains in the ag sector bolstered Iowa’s economy for the past few years, but Swenson says the decline in commodity prices will prompt Iowans who are dependent on farm income to “be more circumspect” about their holiday spending their year. Swenson also points to the two percent increase in the payroll tax as another damper on the potential increase in retail sales, since congress did not extend the tax break first enacted in 2010.

“So if I look at all of the evidence out there, it tells me that Iowa should expect minor gains in retail sales activity, but nothing like the Retail Federation is projecting,” Swenson says.

The Retail Federation cited the “moderate pace of growth” in the nation’s economy when releasing its prediction of a four percent increase in retail sales during November and December. The group pointed to economic indicators showing employment, income and consumer confidence are all improving. Public opinion polls taken in Iowa during the election season indicated a majority of Iowans believe Iowa’s economy is headed in the right direction. However, exit polls found 79 percent of the Iowans who voted in this year’s election are worried there may be a recession ahead in 2015.