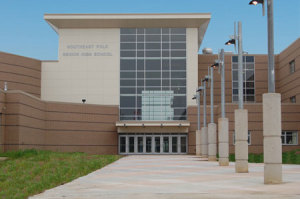 Three teenagers are now charged in connection with posts to a social media app that threatened violent acts at Southeast Polk High School in the Des Moines suburb of Pleasant Hill. The names of the teens are not being released, but authorities say they are two 16-year-old boys and a 13-year-old boy.

The charges include intimidation with a dangerous weapon, threats of terrorism, threats with an explosive device, and first-degree harassment.

The threats were made earlier this week on the app Yik Yak, which allows users to make posts anonymously. But, cyber security expert and Iowa State University professor Doug Jacobsen says virtually anything posted on the Internet is traceable. He notes Yik Yak utilizes a user’s GPS coordinates. “Also, the IP address of your phone on the Internet is recorded by the Yik Yak servers,” Jacobsen says. “So, those two pieces of information can be used by law enforcement to potentially track you down.”

There’s been heightened security in place at Southeast Polk since a threat was made over the weekend and another one was posted Tuesday. Jacobsen says teens and all social media users should recognize that everything they post can have consequences. “It never goes away and it can always come back to haunt you,” Jacobsen says. “The rule of thumb I tell people to tell their kids is ‘what would grandma think?’ Before I post this, what would grandma think if she knew I was the one who put that on the Internet?”

Police announced the filing of charges against the three teens at a press conference in Pleasant Hill this afternoon.