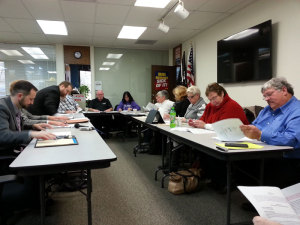 The state and the largest employee union have started salary negotiations.

Negotiators for the State of Iowa on Monday presented a contract proposal that differs greatly from the one submitted earlier this month by the largest state employees’ union. Danny Homan , president of the American Federation of State, County and Municipal Employees (AFSCME) Council 61, requested an 8 percent increase in salaries over a two-year period.

“Our proposal was 2 percent (pay raises) every six months, starting January 1, 2015, and keeping the current health insurance contract language,” Homan said. Janet Phipps, director of the state Department of Administrative Services, is leading the state’s negotiating team, which is proposing a 2-percent increase in salaries over the next two fiscal years.

“The state is proposing a one-percent across-the-board pay increase for each of the (fiscal) years, beginning on July 1, 2015 and July 1, 2016,” Phipps told leaders of AFSCME Iowa Council 61 on Monday. The current contract has the state paying for 100-percent of the health insurance provided to state employees represented by AFSCME. 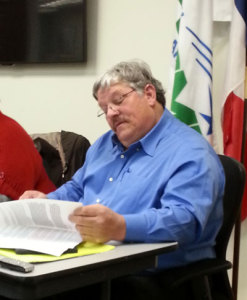 Phipps is suggesting those employees help cover a portion of their health care costs in the new contract. “The state is proposing that the state pay 80 percent…and the employee contribute 20 percent,” Phipps said.