You are here: Home / News / Tale of Motown music-making legend makes one stop in Iowa 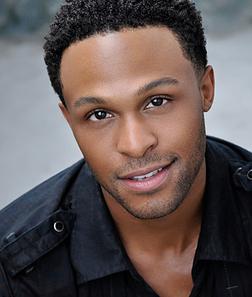 The story of how a featherweight boxer became a heavyweight music mogul will be sung on a central Iowa stage next week as the touring Broadway production of “Motown the Musical” makes one stop in the state.

“It’s the story of how Mr. Gordy created Motown the label and the sound and how he got his start,” Muse says, “but more importantly, it is the love story between Gordy and Diana Ross, mixed in with the other legends that he made famous.”

“I am not old enough to have experienced Motown first hand, but I feel like being an American, Motown is the music that everyone grew up to,” Muse says. “My parents listened to Motown music as I was growing up and that’s the music that I associated with. I didn’t even know Motown was a label. I just knew the artists.”

Muse is a New Jersey native and plays the role of singer Marvin Gaye in the production. Gaye died at age 44 in 1984, long before the Internet became popular. While Gaye’s music lives on, Muse says there isn’t much in the way of video.

“Thankfully, we live in a generation where YouTube is at your fingertips,” Muse say. “I got what I could from those video clips, watching old concerts, watching old interviews so I could hear how he sounded and try to get a little more insight to him.”

While the show was being created, Muse says he also had the tremendous bonus of being able to talk one-on-one with Gordy about Gaye, as they were brothers-in-law.

More than 40 Motown songs are featured in the musical, including, “Dancing in the Streets,” “My Girl,” “I Heard It Through the Grapevine,” and “Ain’t No Mountain High Enough.”

It plays the Des Moines Civic Center December 2nd through the 7th.