You are here: Home / Education / Board of Regents votes for unprecedented tuition freeze

The Board of Regents voted unanimously Wednesday to freeze tuition for instate undergraduate students at the three state-supported schools. It is the third consecutive year the regents have voted for a tuition freeze.

The vote came after some discussion, where Regent Robert Downer of Iowa City questioned the impact on the University of Northern Iowa. “This freeze represents nearly 35-percent of the amount that UNI had on hand in its general education fund as of the date of the last report of the state auditor,” Downer says. “It appears to me that an alternative to the performance-based funding proposal needs to be developed in the event that it is not adopted.”

The performance-based funding proposal that the Board of Regents have approved would allocate funding to the schools based on their in-state enrollment, which would send more money to UNI. The new proposal also asks the legislature for additional money to help the University of Iowa with money the school would lose in the transition to the new proposal. 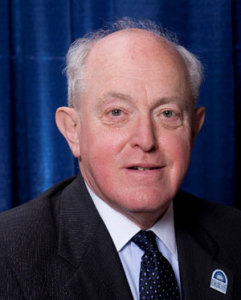 Downer says he is also worried that the board is banking on savings from the TIER efficiency study to help offset the loss of tuition under the freeze. “My principle concern in that regard is that it was my clear understanding that these savings would be redeployed within the institutions from which they were derived. And I don’t think that the proposed freeze has been the choice of the universities,” according to Downer.

He says putting the savings back into the schools is an incentive for them to carry out the savings proposals. “If all or a portion of these savings are going to be directed to other uses outside the control of each university — it seems to me that we aren’t being consistent and are not providing the incentives to the universities originally promised,” Downer says. Regent Larry McKibben brought up the idea of another tuition freeze when the board considered a proposal to increase tuition by 1.7-percent.

McKibben says the double-digit tuition increases in the early 2000’s led to Iowa students having the sixth highest debt load when they graduate, and he wants to see that changed.

“I can tell you from visiting with families in my community, that the debt and the amount of cost of education right now makes families choose between food and clothing and education for their children,” McKibben says. “That is absolutely unsatisfactory to those families in the state of Iowa as far as I am concerned.”

McKibben says it’s important to continue the tuition freeze. “We have an opportunity to do something that has never been done in the state of Iowa, and that’s freeze tuition for three years. You can say that 1.75 is not a lot of money, but for some it is a lot of money,” McKibben says.

Regents president, Bruce Rastetter says he is not concerned about having a backup plan to the new performance-based funding plan. “This board knows and understands the very reason we voted for performance funding is to have equitable financing and funding of our public universities,” Rastetter explains. “And in addition to our legislative request, we are additionally requesting 12.9 million for the University of Iowa on the backfill of that to keep them whole. And so our legislative request is going to be a little over of 4.1-percent of significant new dollars to make sure that all three universities are well funded.”

Regent Downer said he would support the freeze even with the questions he raised about it, and did vote in favor. Rastetter talked with reporters after the meeting and was asked about concerns of Downer and students that freezing tuition now could lead to larger increases in tuition later. “The critical component to avoid that is the universities continuing to become more efficient — which they are — and then legislative state support. Because when those large increases occurred in the early 2000’s, it was when state aid was cut dramatically and then tuition was raised to fill in that gap,” Rastetter says.

Rastetter says the freeze is still dependent on the available money from the state. “It’s always dependent on what state revenues are, but what we wanted to do was five the legislature and the governor the indication that if the funds that we request are available, and things don’t change on the campuses, we intend to freeze tuition in an undergraduate way,” Rasttetter says.

Governor Terry Branstad issued a statement after the vote on the freeze commending the Board of Regents for “working with us to give Iowa students access to affordable, high-quality education in Iowa.” The statement reiterated the governor’s stance that he will wait to see the December revenue estimates before beginning to craft a state budget and consider backing the proposed tuition freeze.