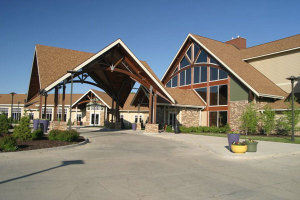 A state audit shows the Honey Creek Resort in southern Iowa near Lake Rathbun made more money that it lost last year.

Department of Natural Resources spokesman, Kevin Baskins, says the biggest factor in the resort’s bottom line this year is the decision by the state legislature to pay off the bonds used to finance its construction in 2008. He says when you take away the bond payment, the facility is now operating in the black.

Lawmakers approved nearly $32 million to pay off the revenue bonds for Honey Creek after the head of the DNR said the facility wouldn’t be able to be profitable without the bail out.

The state audit found Honey Creek had revenues of just over six million dollars for the fiscal year that ended in June, with expenses of around $1.5 million for an operating profit of $163,930. The resort struggled to get ahead since it opened in September of 2008 and reported a loss last year of $165,433.

“One of the unfortunate things about Honey Creek is that when it opened, it probably opened at one the most inopportune times for a facility of its kind to open. And that was right when we hit the last major recession,” Baskins says. “Despite that over the years, Honey Creek has actually enjoyed pretty steady business and one that has been growing from year-to-year.”

The resort that includes lodging, a restaurant and golf course, is operated by Central Group Management. Baskins says the improving economy has help them see better results. “But also, as more people go down there and have a good time, that word spreads among others, and so we’ve been able to see steadily increasing business over the years at the Honey Creek Resort,” Baskins says.

The operating profit this year leaves the resort with an overall positive balance of $199,387s. The breakdown in operating revenue shows the facility took in $3,427,574 from lodging, $1,802,133 from restaurant and banquet operations and $697,627 from golf course operations.