You are here: Home / Health / Medicine / Winter’s lack of sunlight can lead to health issues 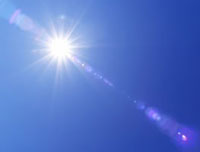 A lack of sunlight can lead to Seasonal Affective Disorder.

Cold weather rolled into Iowa weeks early this fall and lingered, forcing many people indoors much sooner than usual. Kevin Gabbert, a social worker and counselor at the Iowa Department of Public Health, says being deprived of exposure to the sun can bring on the blues and make people feel moody and lethargic.

Gabbert says the early onset of winter may bring an uptick in cases of SAD, or Seasonal Affective Disorder. “It really kind of depends,” Gabbert says. “If it’s a longer winter, if there’s less sunlight, those types of things tend to play a role in SAD and we could experience more cases. It’s a little early for us to say yet.”

On the plus side, Gabbert says a little counseling can go a long ways for SAD sufferers. “Talking about what’s going on with you, talking about your feelings,” Gabbert says. “It may be to the point where counseling would be beneficial. For those symptoms that are a little more advanced, it may be something you want to talk about with your physician. It may be that medication would be beneficial for you. Also, light therapy or phototherapy could be very helpful as well.”

Dr. David Towle, a Cedar Falls psychologist and director of the University of Northern Iowa Counseling Center, says light therapy is a simple solution that really helps some people get through the Midwestern winter. “We typically think about exposure of about 30 minutes per day of a full spectrum light,” Dr. Towle says. “Often, people will get up in the morning and sit and read the newspaper, listen to the radio, drink their coffee, and sit in front of a light for 20 or 30 minutes and that’s a pretty effective intervention.”

Towle says another option is what’s called “negative air ionization,” which uses a device like an air purifier. “It is like that and it’s something that people use while they’re sleeping,” Towle says. “It seems not to be quite as effective as the full-spectrum light exposure but it’s pretty effective for a lot of people.” Studies find that between ten and 20-percent of Americans report feeling tired or sad when there are fewer hours of daylight during the winter months.