You are here: Home / Human Interest / Four percent of state workforce is in ‘creative sector’ 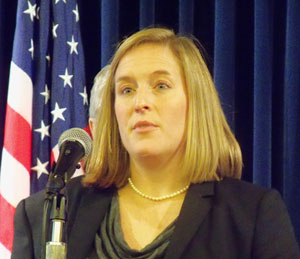 The director of the Iowa Department of Cultural Affairs says Iowa’s “creative economy” is making the same economic impact on the state as Iowa’s construction industry.

“Data shows arts-related businesses in Iowa employ nearly 24,000 people, but when expanding that definition to include all creative occupations that number grows to about 73,000 which accounts for more than four percent of the state’s workforce — or equivalent to the state’s construction sector,” says Mary Cownie, director of the Iowa Department of Cultural Affairs.

She argues a vibrant “creative economy” can help lure new residents and businesses to the state.

Cownie points to Dubuque, where IBM established offices in a historic downtown building, as an example.

“Dubuque rose to number one among Iowa’s metro centers for job growth after they made a strategic decision to invest in culture and heritage tourism,” Cownie says, “and with a comprehensive quality of life strategy across the board, Iowa can become a leader among other states, just as Dubuque has done.”

Cownie is asking to use more of the state’s gambling taxes to finance renovations of the State Historical Building in Des Moines. She says the building can become a “cultural hub” for the entire state.