You are here: Home / News / Ernst to welcome all 2016 GOP presidential candidates to Iowa, but won’t endorse before Caucuses 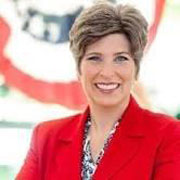 This past year Senator-elect Joni Ernst got campaign help from most of the Republicans who plan to run for the White House in 2016, but she plans to welcome all presidential hopefuls to Iowa and will not publicly pick a favorite in the 2016 race before Iowa’s Caucuses.

“I do not intend to endorse anyone,” Ernst told Radio Iowa during a recent interview. “I would love to welcome anybody that like want to put their name out there.”

The list of possible presidential candidates who campaigned with and for Ernst before November’s election includes former Florida Governor Jeb Bush, who hosted a fundraiser for Ernst in Florida. Florida Senator Marco Rubio campaigned with her in Iowa twice, donated $10,000 to the Ernst campaign and paid for commercials touting her candidacy.

In October, former Arkansas Governor Mike Huckabee campaigned with Ernst in western Iowa and Kentucky Senator Rand Paul headlined a rally with Ernst in Iowa City. Ernst said she’ll throw the welcome mat out to all the Republicans who jump into the next presidential race.

“We’ll have a lot of visitors coming to Iowa and I’m so excited about that,” Ernst said. “Iowa is a great agricultural state, a great manufacturing state with great financial institutions here and I am going to have a wonderful time sharing Iowa experiences with them and showing them how wonderful our people are.”

Ernst did publicly endorse Mitt Romney’s bid for the White House in 2008 and Romney returned the favor this past spring with his endorsement of her when she faced five Republican competitors in the June Primary.

“I am going to be a welcomer to the state of Iowa,” Ernst said of her role in 2015 and early 2016. “I welcome anybody that’s choosing to place themselves out there and seek the nomination.”

Bobby Jindal, Louisiana’s Republican governor, is among those considering a bid for the presidency and he was the keynote speaker last night for the Polk County Republican Party’s holiday party in Des Moines. In October Jindal met with Iowa voters at one of Ernst’s campaign offices, but Ernst was not there.

In June, right after her GOP Primary victory, Texas Senator Ted Cruz endorsed Ernst on his Facebook page and urged his supporters to make a contribution to her campaign. Former Alaska Governor Sarah Palin endorsed Ernst in March, right after the debut of the campaign ad in which Ernst talked about castrating pigs and promised to cut pork in Washington.