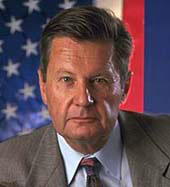 An Iowa State University political science professor says President Barrack Obama’s announcement that he is easing economic and diplomatic relations between the United States and Cuba won’t fit under the normal formula of politics. ISU professor Steffen Schmidt, says it doesn’t come as a big surprise, as people have wondered with each new president if the policy would change.

Schmidt says the move by Obama could actually be coming at a good time as the Republicans take over the U.S. Senate in January. “It seems kind of weird, but the new congress is going to be dominated in the Senate by the Republicans and not the Democrats. And it’s actually a better situation because the (current) chair of the Senate Foreign Relations Committee is a Cuban American who would be and is dead set opposed to normalizing relations with Cuba,” Schmidt says.

Schmidt believes the changes will be supported by many in Iowa. “I know a lot of businesses in Iowa, agricultural businesses, exporters, companies that deal with agricultural technology for example — chemical fertilizers, machinery packing, so on. They have been anxious to do business in Cuba,” Schmidt explains. He says that’s because Cuba is so far behind modern agriculture. “When I was in Cuba on a state department trip not too long ago, we went out and looked a little bit as some of the rural areas,” Schmidt says, “and good grief, the farming is really 1950’s style and not American 1950’s, a lot of horses and oxen and donkeys, really outdated.”

He believes Republicans will get a lot of pressure from businesses who are in favor of better relations with Cuba. “Insurance and banking and others who are going to say, look we are doing business in China, we don’t like China’s communist government, it is too repressive, there’s only one political party and they have political prisoners and all the rest of the stuff that is similar to Cuba. But we are doing business with them and maybe we can influence those other things a little bit if we have a lot of Americans there, if we have a lot of American companies and businesses there,” Schmidt says.

While many of the president’s moves have been opposed along party lines, Schmidt says the split over the new policy will not necessarily be Democrat versus Republican, as there are a lot of Democrat who will oppose it. He is anxious to see how the process rolls out. “Because this thing is not going to be slam, bang overnight, it’s going to be slowly rolled out with small steps taken along the way as we try to kind of loosen up those relations. And it will be very interesting,” Schmidt says.

“This policy change is a gift for the Cuban government that has done nothing to provide basic, fundamental human rights to the Cuban people. According to our own Department of State, the authoritarian regime led by the Castros for decades ‘has severely restricted fundamental freedoms, repressed political opponents, and violated human rights.’ Today’s announcement of eased economic and diplomatic relations is not a result of democratic or economic reforms or a newfound respect for human rights or religious freedom. This decision rewards a brutal regime without any significant commitment toward change for the oppressed Cuban people.”